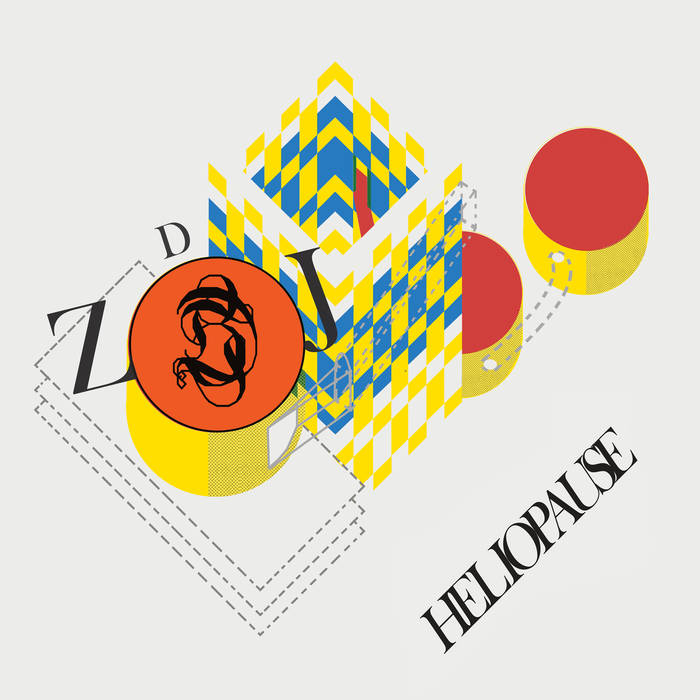 Richmond, Virginia’s Timothy Hawks performs as ambient instrumentalist ZDJ. Hawks originally began making music in various punk and metal bands, and continues to do so in the gothic-punk band Horse Culture (also on Furious Hooves). His lifelong interest in meditative drone and ambient music led him to experiment with the creation of guitar-based soundscapes early in his writing processes. Hawks began seeking solo shows and releasing drone-sketches to his personal SoundCloud in 2015.

In mid-2018, limited run tape label, Furious Hooves, approached Hawks about releasing an album of solo material. Recording sessions from March to August 2019 in the mountains of Southwest Virginia led to this release, 'Heliopause'.

'Heliopause' is Hawks’ first release as ZDJ. It explores sounds and textures ideal for grounded contemplation. The album is as much influenced by stories of and experiments with occult rituals as it is by ambient and experimental artists Dedekind Cut, Chihei Hatakeyama, Kelly Moran, and William Basinski - as impacted by space exploration as it is by meditation and internal knowledge - 'Heliopause' is a fractal representing the magnificently grandiose infinity of the tangible and the spiritual.

All songs written and performed by Timothy Hawks as ZDJ.
Cello on "August 25, 2012" by Kailey Moon Schenker.

Sincere thanks to Heliopause’s contributors:
To Shanice Aga for your artwork and layout.
To Kaily Moon Schenker for your cello playing on "August 25, 2012".
To Miles Washington for your recording and production.

And an additional thanks to Ryan McCardle and TJ Hatcher for your patience and trust in releasing 'Heliopause'.