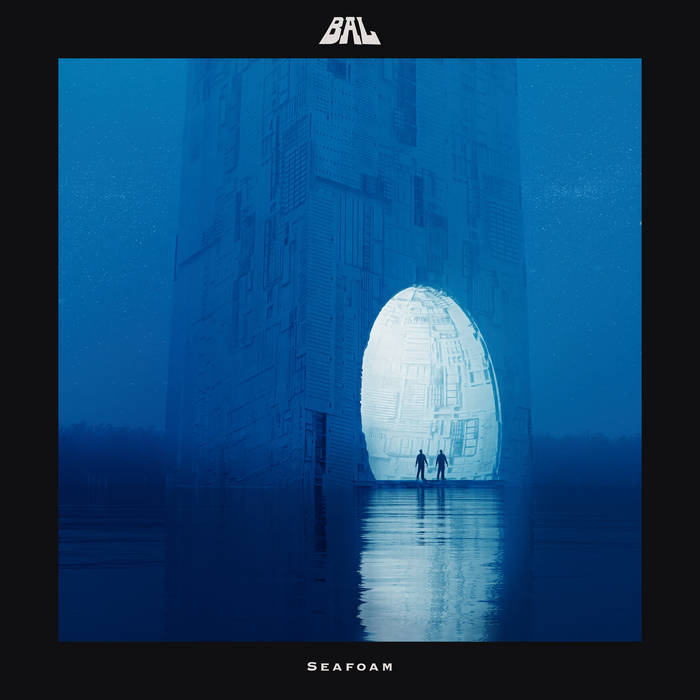 Science Fiction and Rock & Roll have a stellar history. For decades songwriters have gravitated to the idea that humanity is not alone in the cosmos. From Bowie to Radiohead, Klaatu to Hum, the sky is no longer the limit! ‘Seafoam,’ the debut album from alt-rockers BAL (pronounced like “pal” with a B), is the latest addition to this cannon.

In early 2020 longtime bandmates, Jack Foster (House of Fools, Sarah Shook & the Disarmers) and Jordan Powers (House of Fools, Far-Less), decided it was time to look to the stars for newfound inspiration. The pair blasted off, drawing from a love of all things sci-fi, as well as a shared affinity for ‘90s Alt/Indie and Heavy Rock music. The result is ‘Seafoam’ – a grungy space-rock offering that feels as comfortable in your old CD case as it does streaming online.

‘Seafoam’ tells a fresh story in high fidelity. The saturated guitars (a la Silverchair, Failure, or Local H) rarely clean up, while hyper-driving, pocketed drums offer contrast to a generally subdued vocal (think Grandaddy). Recorded by BAL and friends, and mixed by longtime co-pilot Brandon Hackler, ‘Seafoam’ will be available November 18th 2022 digitally and on limited edition cassette tape. The artwork was beautifully created by Josh Brockett specifically for this story/album/music/world.

For those wanting to take a deeper dive into the world that BAL’s ‘Seafoam’ creates, Jordan Powers wrote a short-story called “Zero Andy One” which will be available as an individual 20-page 5.5”x8.5” zine.

For the deep spaceheads, we’ve also handmade a special edition ‘Seafoam’ with alternate art by Ryan McCardle in a mini-VHS-style trimpack with mini-zine version of “Zero Andy One” only limited to 20 pieces.

“…a passion for sci-fi and 90s alt/heavy rock. Debut single ‘Seafoam’ introduces this style, a track which transports you to a lush new world, one weighted not by gravity as we know it but hefty guitars and drums.”
– Various Small Flames.

All songs written and performed by BAL.
BAL is Jack Foster and Jordan Powers.

Produced by BAL and Brandon Hackler.
Recorded and mixed by Brandon Hackler at Dynamic Soundworks.
Additional production and recording by Greg Herndon and Aaron Bond at Tune Squad Studios.
Mastered by Tom Waltz at Waltz Mastering.