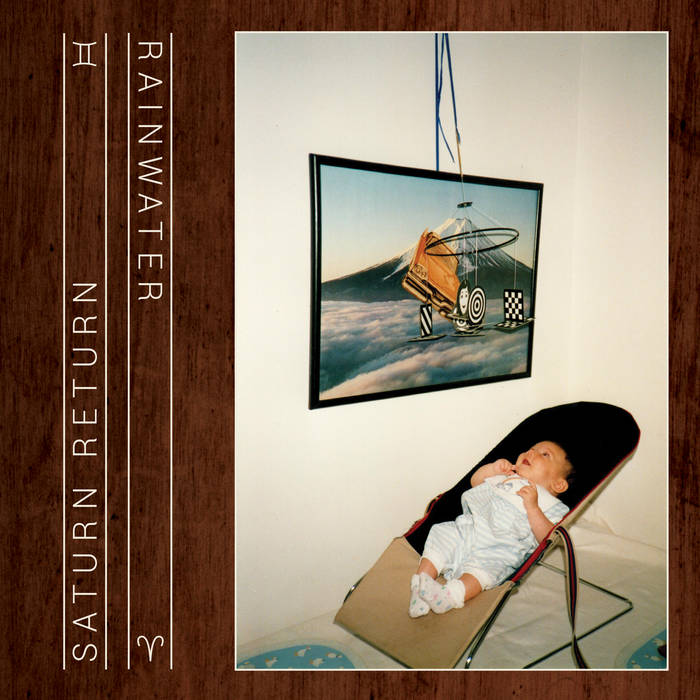 The opening line on Rainwater’s sophomore album asks “What the hell is my Saturn Return, a place I go or a lesson I learn?” In Western Astrology, a “Saturn return” is when the planet Saturn returns to the same position that it occupied during one’s birth, resulting in a period of extreme personal growth and change starting in one’s late 20’s and lasting into the early 30’s. Saturn Return is also the sophomore album by Seattle band Rainwater, and represents a similar re-birth for the group. Whereas their first record, Swimming in Sunlight, was primarily a solo effort by primary songwriter Blake Luley, with help from NYC-based friends, Saturn Return is the work of a highly collaborative band truly coming into their sound. After moving across the country, a journey documented on the band's Place EP, Luley re-grouped Rainwater with new bandmates Drew and Amy Fitchette, Stephen Steen, and James Kasinger and began to take stock of his new surroundings and new life. The songs on Saturn Return are duly concerned with turning points and moments of transition, from the human to the astrological. Questions of death, marriage, belonging, friendship, family and faith are juxtaposed with cosmic wonder as the band matches this intimate introspection with lush, melancholy arrangements.

Rainwater recorded Saturn Return mostly as a full band to tape at the Unknown Studio in Anacortes, WA with Nich Wilbur (Mount Eerie, Stephen Steinkbrink, LAKE) over two long weekends, finishing the album at home in spare time in-between. They draw from a wide palate of Americana, folk, alt-country, indie and pop rock. The addition of lap steel gives several songs a nocturnal country feel, while others flicker with moody intensity and culminate in ferocious guitar solos. The band cites influences as diverse as Fleetwood Mac, Phil Elverum, and Frank Ocean, and their gentle playfulness is reminiscent of acts like Yo La Tengo and Galaxie 500. But now more than ever, Rainwater just sound like themselves. Though they confidently cover a wide range of approaches, their sound is unified by a pensive mood and open, expressive lyrical focus, more interested in acceptance than angst. Saturn Return is both intimate and expansive, deeply personal yet welcoming, even bewitching, like gazing up at the stars completely alone. This is above all an album about maturing and growing up, and Rainwater have done just that. Saturn Return is out on June 7th via Furious Hooves.

Engineered, mixed, and mastered by Nich Wilbur at The Unknown (Anacortes, WA).