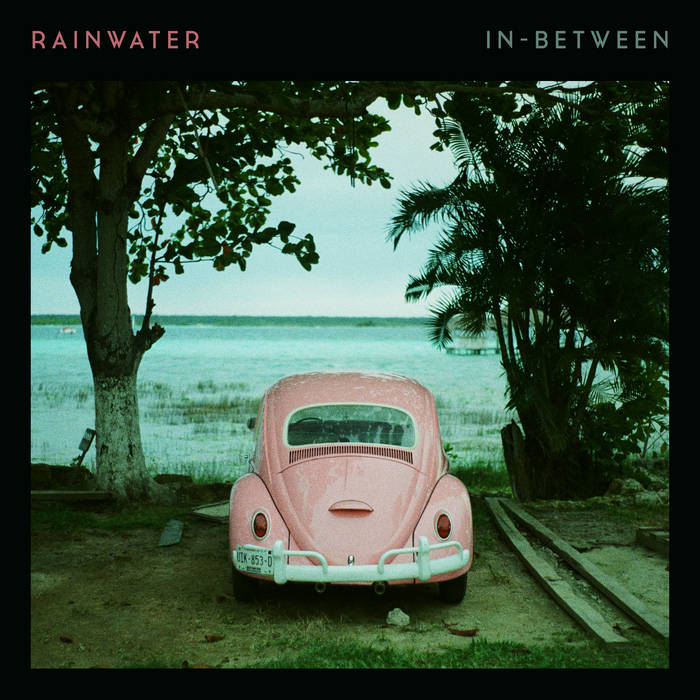 Ryan McCardle Rainwater's 4th release is a sunny sounding collection of songs with lyrics that sit within a lone raincloud hovering above. Dreamy, poppy, post-easy-listening. Favorite track: Us Only.

‘In-Between’ is the new album by Seattle’s indie pop act Rainwater, led by Blake Luley. It was recorded in his guest bedroom during a stressful couple years through graduate school and his first year as a teacher in the unholy year of 2020. In little pockets of time between school, a new job, and preparing to have his first child, he laid down bass lines, synth parts, and wrote songs. Even with this pieced together approach, ‘In-Between’ is a fully realized exploration of grief, mental illness, and love.

Throughout ‘In-Between’, Luley’s introspective songwriting is accented by dreamy guitars, driving basslines, shimmering synths, glimmering lap steel, and rollicking drum machines. Despite most of the songs being about grief and mental illness, this is Rainwater’s sunniest, most upbeat album to date. Lead singles, “Glorianne” and “Us Only”, are New Order-meets-Fleetwood Mac with pulsing drums and catchy hooks. “Glorianne” is a series of questions to Blake’s late grandmother about what happens after life. While, “Us Only” tackles insomnia and commitment. Later, “Clean Air” is an ode to anti-anxiety medication in the time of climate change and channels the sunny goth of The Cure paired with the ramshackle pop of Arthur Russell.

Throughout, Luley is playing the instruments, only accompanied with luscious harmonies by his wife Aviva Stampfer, cousin Amy Godwin, and friend Stephen Steen. Despite the home recorded effort, this is Rainwater’s sharpest songwriting and fullest production to date. Who knew working through the hardest experiences of your life could sound so fun? ‘In-Between’ is out August 13th 2021 digitally worldwide, as well as on limited edition vinyl and cassette via Furious Hooves and The Home Dome.

℗&© 2021 Rainwater.
Under license to Home Dome and Furious Hooves.